Who to ask for help?

One place you will want to search for information is the library's book collection.  To search all books held by Baker University, you will need to search the library catalog:

This will search the catalog record for your topic. If you wish to search the full text of our ebooks, try searching below:

Since library books are organized by topic using the Dewey Decimal System, you can browse the shelves for relevant call numbers.  Here are some call numbers that might be useful:

A more complete list of Dewey Numbers is available from OCLC.

While you can search our entire eBook collection using the library catalog, over 93% of our eBooks are available in ebrary.  Just like the print collection, ebrary permits browsing the electronic book shelf by doing the following: 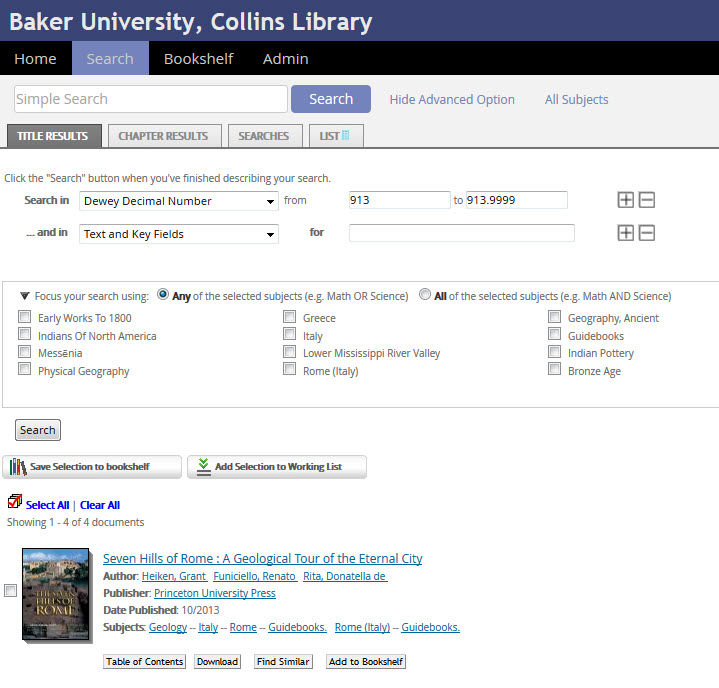